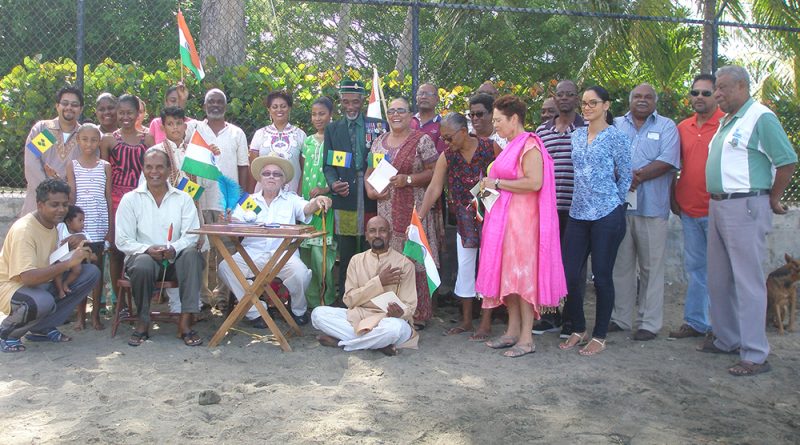 The indian Community in St Vincent is making it easier for citizens who want to study in India.

The SVG Indian Heritage Foundation has appointed Tamiko Browne as education secretary, who will assist anyone wishing to apply for a full or partial scholarship in Indian.

This has been revealed by president Junior Bacchus as he thanked persons who assisted with this year’s Indian Arrival Day on June 3.

Bacchus noted that scholarships would range from two months to three years and interested persons should contact Browne at 451-3239 or tamiko_browne@yahoo.com.

Meanwhile, upcoming events celebrating the arrival of Indians in SVG on June 1, 1861 include yoga training on International Yoga Day on June 21; training in Indian dance and cuisine in August 2018; a banquet and awards evening in recognition of Indian Heritage Day (October 7) at Murray Heights Hotel on October 27; Duwali celebrations in November 2018.

Other events already held included a brunch of Indian and local foods at Murray Heights Hotel, and Kanhi Kangal, from Trinidad and Tobago, patron and honourary member of the Foundation since its inception in 2006, was in SVG for the celebrations.

“The SVG Indian Heritage Foundation continues to celebrate the fortitude, strength, indomitable spirit and character of our forefathers. We are grateful to them for being hardworking, thrifty, ambitious and family-oriented and for leaving us a legacy on which we have built and continue to build,” a release from the Foundation said.

Meanwhile the Foundation is planning a visit to India between March and May 2019. Package deals are being worked on for airfare, accommodation and tours.

The Indian Government is also granting citizenship to persons up to fourth generation who can prove that their fore parents arrived in SVG from India between 1861 and 1880.

Interested persons may contact the Foundation for further information and members of the public are encouraged to become members.