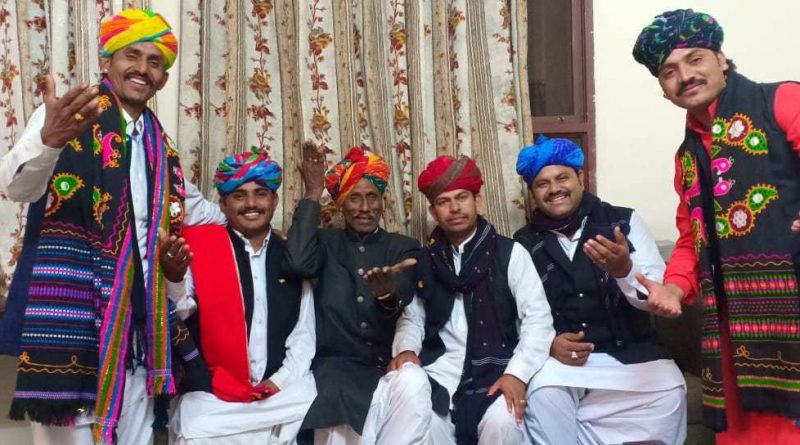 Kingstown, St. Vincent – Newly appointed Ambassador of India to the Republic of Suriname – H. E. Mahender Singh Kanyal in collaboration with the SVG Indian Heritage Foundation, will this Thursday February 21st host an event to highlight Indian Folk Culture in St Vincent and the Grenadines. The Rajasthani Folk Singers are due to perform for one night only in Kingstown. The group is expected to arrive on the day of the event and leave the following day for their next performance.
This group comprises Gazi Khan Manganiyar & Party , a six member folk musician group from Rajasthan. The Maganiyar is a family name of world renowned musician from Western part of India. The group hails from the desert region of state of Rajasthan. The tribe known as Manganiyar have been singing traditional folk music of Rajasthan for several centuries. The music has been passed down from one generation to another over these centuries. The group features a number of traditional instruments including the Kamaycha – A 17-string bowed instrument made of mango wood, the Khartaal- A type of castanet made of teak wood with it’s name derived from “Khar”, meaning hand, and “Taal”, meaning rhythm. Additionally, peformances will be rendered on other instruments such as the Dholak and Harmonium.

This group is internationally renowned and has received several awards including the Rajasthan Sangeet Natak Aacdemy Award and The Tulsi Samman Award of the Madhya Pradesh Government. Additionally, the Group has sung in several Bollywood movies including Hitchki , Baisaa, Parched, Une Une to name a few, they also performed on All India Radio and Doordarshan. Gazi Khan Maganiyir & Party has performed at concerts all over the world including the United States of America , France, Russia ,Japan, Hong Kong ,United Arab Emirates, parts of Africa, Australia, the United Kingdom, and Europe.

The SVG Indian Heritage Foundation invites all Vincentians to attend this auspicious once in a lifetime event and get a taste of Indian folk music in its truest form.The event takes place on Thursday 21st February 2019 at 7:30PM at the Russell’s Auditorium in Stoney Grounds.

Admission to this event is free of charge and is suitable for the entire family.